next time, i’ll just go ahead and die 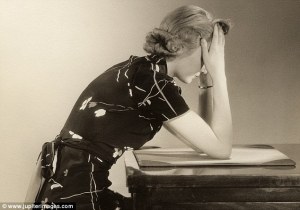 It happened again. I lived when I should have died. And the livin’ got ugly, let me tell you. Everything I’ve learned about marriage ran screaming from the room. Ok, maybe that was me running and screaming. Either way, I am still suffering the repercussions of a dynamic marital explosion between two people who should have died, but chose to live. It feels somewhat like a hangover. All because he said something I didn’t like in a tone of voice that just yanked my chain. I should have just died. I’d feel a whole lot better today.

I’m a big fan of going into things with eyes wide open. That’s why I think preachers should say, “Marriage is good. You guys are gonna make it hard.” during every wedding ceremony.

Marriage was God’s idea, therefore it is good. We’re the ones that give it a bad name.

When God began the process of restoring my marriage, He started with me. I argued vehemetly against this tactic, since I was clearly the victim in this marriage. I mean, it was just so obvious. God saw things differently, and I lost the first of many arguments. To prove His point, He began exposing a lot of things. Ugly things. Anger, pride, rebellion, unforgiveness and a mindset that was based on self-interest. Just to name a few.

My story of restoration is a bit long for a blog post, so I’ll just give you a few of the lessons I learned. Of course, it comes with the disclaimer that what I learned isn’t always followed by application. If it was, I wouldn’t have this headache.

~ For a marriage, or any relationship for that matter, to be restored, people are going to have to change.  You may have to go first. In fact, I’d say it’s a probability. Don’t bother arguing. You won’t win.

~ What we want isn’t the issue. The real issue is “what does God want?”.

~ And the harder question to answer is, “do you want what He wants?”.

~ I’m much better off searching the scriptures for what God is saying to me, rather than what He may be saying to someone else.

~ Instead of stating the obvious, start stating the truth. For example, it may be perfectly obvious that someone is acting like a jerk. No need to announce it, or continuously mutter it under your breath. Instead, declare to your heart what God says about them…that they are dearly loved by Him, created in His image, etc., that He desires healing and restoration for them, that He wants to do them good and not harm. It will keep your heart turned toward them, which makes praying for them much easier. And they won’t have to sleep with one eye open.

~ God is our first love, our best love. He alone can completely satisfy our need to be loved. If we are not secure and complete in the love of God, then when the love of our spouse fails us (and it will), we will be devastated, which means marriage just got a lot harder.

~ Fix your eyes on Jesus. It’s easier said than done, trust me. Our tendency is to fix our eyes on the other person. I make you this promise:  If you are looking at what someone else is doing (or not doing), eventually, you will get offended. Guaranteed.

~ Actions and responses are weighed equally by God. He never gives us permission to walk in our flesh. (Galatians 5:19)

None of this happens apart from death to self. It’s what makes Galatians 5:19 possible.

I had to die to unmet expectations, unrecognized rights, unmet needs. Everything that was for me rather than for Jesus.

He wants to bring life to your marriage…but there has to be death  first. He won’t kill you. Death will be your choice to make.

Oh, and another thing. You’ll need to leave your spouse’s death to God. In answer to my “What about him, Lord? Doesn’t he have to die too?”, God sent me to the following scripture.

“Jesus answered, ‘If I want him to remain alive until I return, what is that to you? You must follow me.'” (John 21:22) Yes, God has both a sense of humor, and an answer for everything. 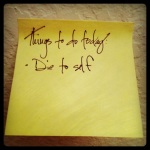 Hopefully, next time, I’ll just go ahead and die.

12 thoughts on “next time, i’ll just go ahead and die”