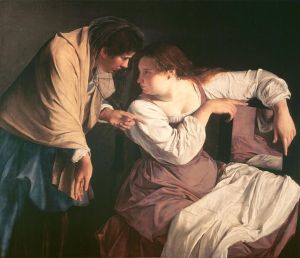 They were, I think, typical sisters. One was a tattletale, and the other one wouldn’t help out around the house. Their story has been told, taught on and used as examples that often bring guilt to women who like to “do” rather than just “be”.

Their story is in Luke 10:38-42, and when I really looked at it from a study perspective, I found a few treasures.

“As Jesus and his disciples were on their way, he came to a village where a woman named Martha opened her home to him. She had a sister called Mary, who sat at the Lord’s feet listening to what he said. But Martha was distracted by all the preparations that had to be made. She came to him and asked, ‘Lord, don’t you care that my sister has left me to do the work by myself? Tell her to help me!’

‘Martha, Martha,’ the Lord answered, ‘you are worried and upset about many things, but only one thing is needed. Mary has chosen what is better, and it will not be taken away from her.’”

First, Martha opened her home to Jesus. And then she turned her eyes to Mary and was offended by what she saw.

Have we invited Jesus into our lives and then turned our eyes to other people?

The Lord’s rebuke was gentle.  “‘Martha, Martha,’ the Lord answered, ‘you are worried and upset about many things…”.

I have never known Jesus to shine His light on just one particular action in my life. Whenever I have felt His gaze on something I am doing or not doing, He is exposing a heart issue. So I can’t help but wonder if Martha’s being “worried and upset about many things” was something that characterized the way she lived her life, rather than a momentary condition.

Life offers us many reasons to be worried and upset. One day, we could look around and find our lives characterized by worry, because we have neglected the only thing that was needed…time spent listening to Jesus.

And now we come to my favorite part of this teaching. This is the part that stirs something in me, fanning my flame of faith.

The King James wording for “worried and upset” is “cumbered”. That word means “drawn away”. So let’s picture the scene for a moment.

Jesus enters the home of these two sisters and takes a seat. Mary finds a spot at His feet and listens to Him speak. Meanwhile, Martha is trying to “get it all together” for her guest. I think she might look like me on Thanksgiving day. Only probably less frazzled.

Two women. Sisters. Both love Jesus and are loved by Him. But on this day, one is drawn away from Him by the many things that need to be done, while the other is drawn to Him…just to hear His voice.

Both women are distracted. Martha, by the many things that, in her mind, needed to be done. But the Holy One she had invited in gently reminds her that “only one thing is needed”. 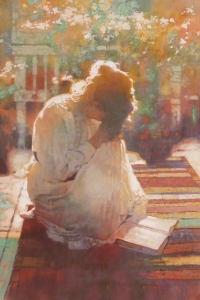 Mary had found the one thing. The beautiful distraction.

Category: In the WordTags: distraction, Mary and Martha

Leave a Reply to Out of Eden Ministries Cancel reply