the things of God

He was in our midst. Listening. Watching. Whispering. None of us saw him there, except Jesus. Jesus heard. Jesus knew. 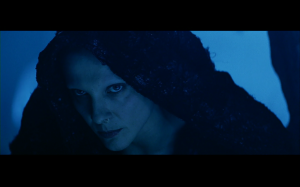 “From that time on Jesus began to explain to his disciples that He must go to Jerusalem and suffer many things at the hands of the elders, chief priests and teachers of the law, and that He must be killed and on the third day be raised to life.  Peter took Him aside and began to rebuke Him. “Never, Lord!” he said. “This shall never happen to You!”  Jesus turned and said to Peter, “Get behind Me, Satan! You are a stumbling block to Me; you do not have in mind the things of God, but the things of men.”

Then Jesus said to his disciples, “If anyone would come after me, he must deny himself and take up his cross and follow me. ” Matthew 16:21-24

We like to wonder. We wonder if Satan knew from the beginning that Jesus’ death would bring about his defeat. I’ve sat in on numerous discussions of wonderings. “No, he couldn’t have known. He is not omniscient.” “He knew. That’s why he was trying to kill Jesus ahead of time, to stop Him from going to the cross.” “He probably knew some things, but he didn’t know the whole plan.” We wonder, and then we move on.

But today I couldn’t move on. I stood there listening to Jesus address the unseen one speaking through Peter. Whether Satan knew the whole plan or not, Jesus had just announced part of it. Satan knew that it was the will and the plan of the Most High God for Jesus to go to Jerusalem, be killed and then be raised to life.

And surely Satan knows that any plan of God’s will not end well for him.

And so I wonder. What has Satan tried to stop in my life? What part of my destiny has he overheard, and whispered “No!”, because he knows that my destiny fulfilled will not be good for him?

How has he tried to convince me that sacrificing myself on behalf of someone else isn’t in my best interest?

How many times have I been persuaded that doing the hard work of dying to my own needs and wants isn’t what God requires?

Dying to self. Loving the the one undeserving of love. Showing mercy instead of judgment. Praying for the one who hurt me. Doing what is right instead of what is easy. Fighting for a relationship I would rather walk away from. Turning the other cheek. Giving when I have little to give. Pushing through when I’d rather give up.  Being open and vulnerable when I would rather hide and self-protect. Believing for the impossible instead of settling for the possible. Choosing brokenness and humility over my pride.

Picking up my cross. Losing my life for Christ.

And in the midst of God’s people, there is one who is whispering “No! Never!”.

May I, may we, the Church, learn to discern. And may our voice be heard echoing through the realms of darkness…

3 thoughts on “the things of God”