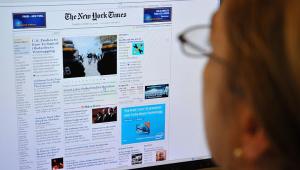 I live in a small town in the midwest. Not much of what is happening in the world seems to affect life here, except when I fill my gas tank, or try to find a job. But thanks to the brilliant minds of technology, I am able to open my laptop and with one or two clicks, global life is right in front of me. And with those few clicks, all of the pain that lives “over there” somewhere invades my quiet home and life. Suddenly the issues I have been focused on appear rather petty. Part of me sits up a little straighter as I join the rest of the grownups, now armed with a clue of what’s going on in the world. The other part of me wants to head right back to the kiddie table and just be petty. But it’s hard to un-know something.

So now I know. There are wars and rumors of wars; natural disasters crippling entire nations; kingdoms being divided against themselves. The discussions at the grownup table center around tragedy in Japan, radiation risks, crashing stock markets, and a place called Libya and the madman of power there. Words like Tunisia, Egypt, Darfur, genocide, reactors and meltdowns all fly past me as my brain searches frantically for Tunisia on the map in my head. Then someone mentions the name Rob Bell and the whole table erupts. And I glance longingly at the kiddie table.

They say knowledge is power. As of yesterday, I didn’t feel powerful. I felt overwhelmed and off balance. I wasn’t fearful, I just had a sudden sense that things are moving a lot faster than I thought they were. People are dying, but I have to figure out what to make for dinner. I didn’t know what to do about either one.

And then this morning, the Word of God began to speak.

From one page, one chapter, one verse to another I was reminded that He alone is God, creator of heaven and earth, sovereign ruler over all time and events, and the final authority over life and death. He laid the foundations of the earth we spin on, hung the stars and tells the ocean where to stop. Only by His consent does man move and breathe and have his being. Dominion is firmly His, and He rules over all nations.

He is my God. And this is His heart ~

“For God so loved the world that He gave His one and only Son, that whoever believes in Him shall not perish but have eternal life.” John 3:16

Many believe that the events we are watching in the world are described in Matthew 24. If this is true, then the world has much more to fear than earthquakes and radiation. But for those who know Him, those who have called upon the Name of Jesus, there is nothing to fear…there is just much to say. Because what we know far exceeds the importance of leaking radiation, falling stock markets, and kings who have been raised up and taken down. What we know outweighs the devastation the world is watching and living in.

Enter the reason for the strange title of this post.

I know little about nuclear reactors or why it’s bad if they have a meltdown. I would be hard pressed to find Tunisia on a map, or tell you the name of Egypt’s ruler and why they don’t like him. I spend a lot of time confused when I sit at the grownup table. 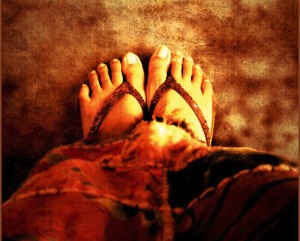 But here, in my quiet town in the midwest, I know what much of the world does not. So Lord, in the midst of pain and death, the shaking of the earth and the fear that has come with it, in all of the chaos and confusion…make my feet beautiful.